When the hit movie Day After Tomorrow was released in 2004 starring Dennis Quaid and Jake Gyllenhaal, cell phones had become widely used by much of the general public. But…In the movie, after a big wall of water slams into New York City knocking out all electrical power, cell phones were found to be of little use. However, the character played by Gyllenhaal knew something most people in 2004 had forgotten. Land-line telephones could still be used because their power source was not dependent upon the power grid. With that knowledge he was able to use a public pay-phone in the library basement to contact his father.

And so it was during the 1977 San Antonio power outage. Despite no electricity anywhere in the City, the land-line telephone was left in tact. Even though a few radio stations had generators which got them back on the air, the fact is, that without the use of land-line telephones there was no way that the public could have learned what was going on much less the radio air staff who, by virtue of generators, were now back on the air…To say what?

Just three and a half weeks before the 1977 San Antonio Power Blackout Don Couser, who was one of my instructors at San Antonio College (SAC), approached SAC Instructor Jeff Hinger and asked him if there was anyone in his current News Writing class who might be able to handle a part-time on-air news announcer job at KONO. Hinger suggested me. So…Don approached me after my next News Writing class and asked if I was interested in the job.

After I pulled my head out of the clouds and stopped drooling, Don told me to contact KONO News Director Frank Mortensen for an audition. At KONO Frank explained to me that long time Sunday evening newsman Bob Symington was leaving and he needed someone to fill the upcoming vacant spot. Frank pulled some news copy and asked me to read it. He thought I sounded okay. So he hired me and then told me to come in Sunday to sit with Bob to learn the “ropes.”

My first Sunday was a very intense learning curve experience. I learned the audio board, learned how to record sound bites to tape cartridge, learned what button to push for what and also when. I not only learned, but I also watched Bob put together every hourly newscast that Sunday evening.

The second Sunday was much more of the same. Except…Bob had me do everything for the last two newscasts of the evening. I was SO inexperienced at putting everything together and even more inexperienced at doing the on-air presentation too. I was a nervous wreck, but somehow I pulled it off. After those last two newscasts Bob told me I did fine, shook my hand and said good-bye. He was leaving town. I was now officially on my own. 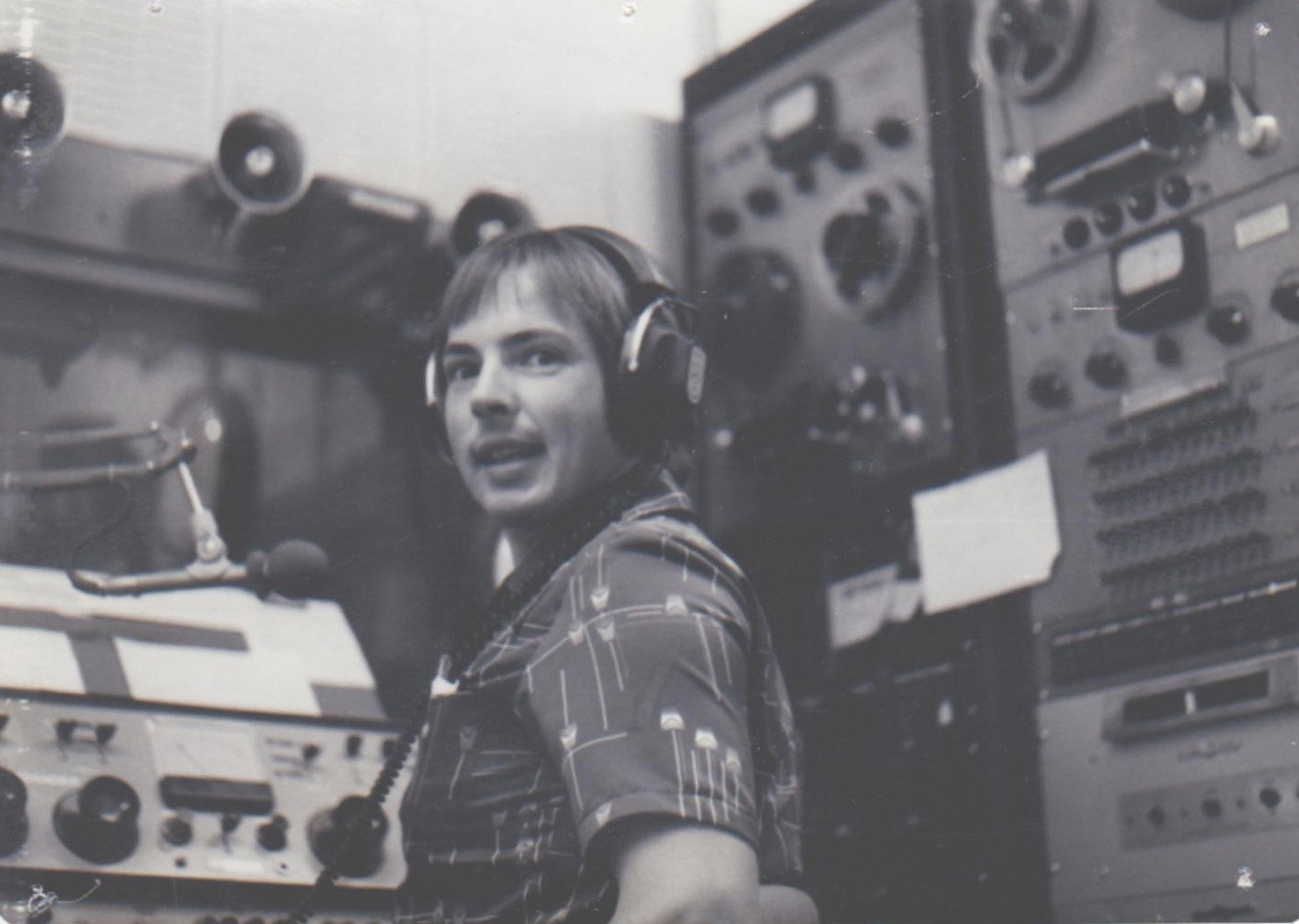 Sunday number three came. Not only was I a VERY nervous, inexperienced news announcer extremely aware that I was on my own for the first time, but I also found myself very much alone in the KONO/KITY Newsroom needing to get ready for my first completely solo newscast.

I started my newscast preparation by checking the Associated Press Teletype Machine that made flying insect sounds as it printed news stories. Next to it was the machine-gun sounding weather wire typing away. Suddenly, I found myself enveloped in complete darkness.  There were no windows in KONO/KITY Newsroom. Additionally it was very, very quiet!

What was going on?

Did I mention that this was just my third Sunday on the job?

Did I mention I was on my own for the very first time?

Did I mention I was very green and totally inexperienced as a news announcer?

Copyright 2017 by Bruce Baker and SanAntonioRadioMemories.com – All Rights Reserved.