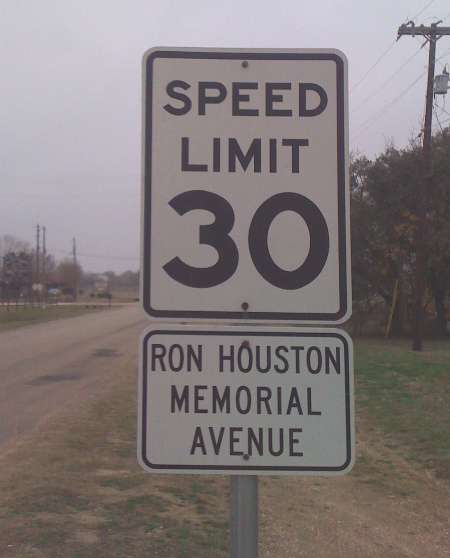 In 1969 I took Ron out of the KTSA Newsroom and made him a morning DJ. As time progressed, we became good friends.

In 1971, much to my surprise he quit Top 40 Radio and for less money went to work at progressive rocker KEXL. When KEXL changed formats, Ron moved to Country Music.

Ron moved to Blanco and became so involved in the community that people not only called him "Mr. Blanco" they also repeatedly elected him Mayor Pro Tem. Since his death, Blanco has honored Ron’s memory by naming a street in his honor.

In the early 1990s the local ad club celebrated Ron Houston with a roast. Ron’s good buddy Gordie Ham (then in Austin, now in Oklahoma City) could not be there so he recorded a greeting that was played back at the event. 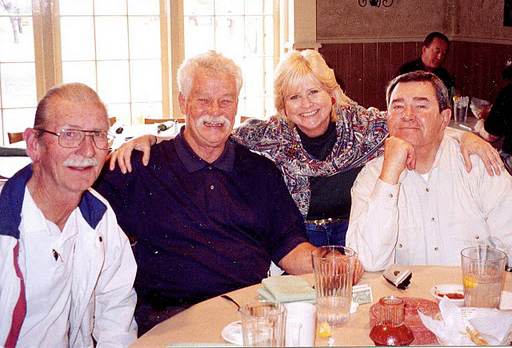 Woody Roberts Note: Up until his death Ron Houston was the official voice of KLRN Channel 9.