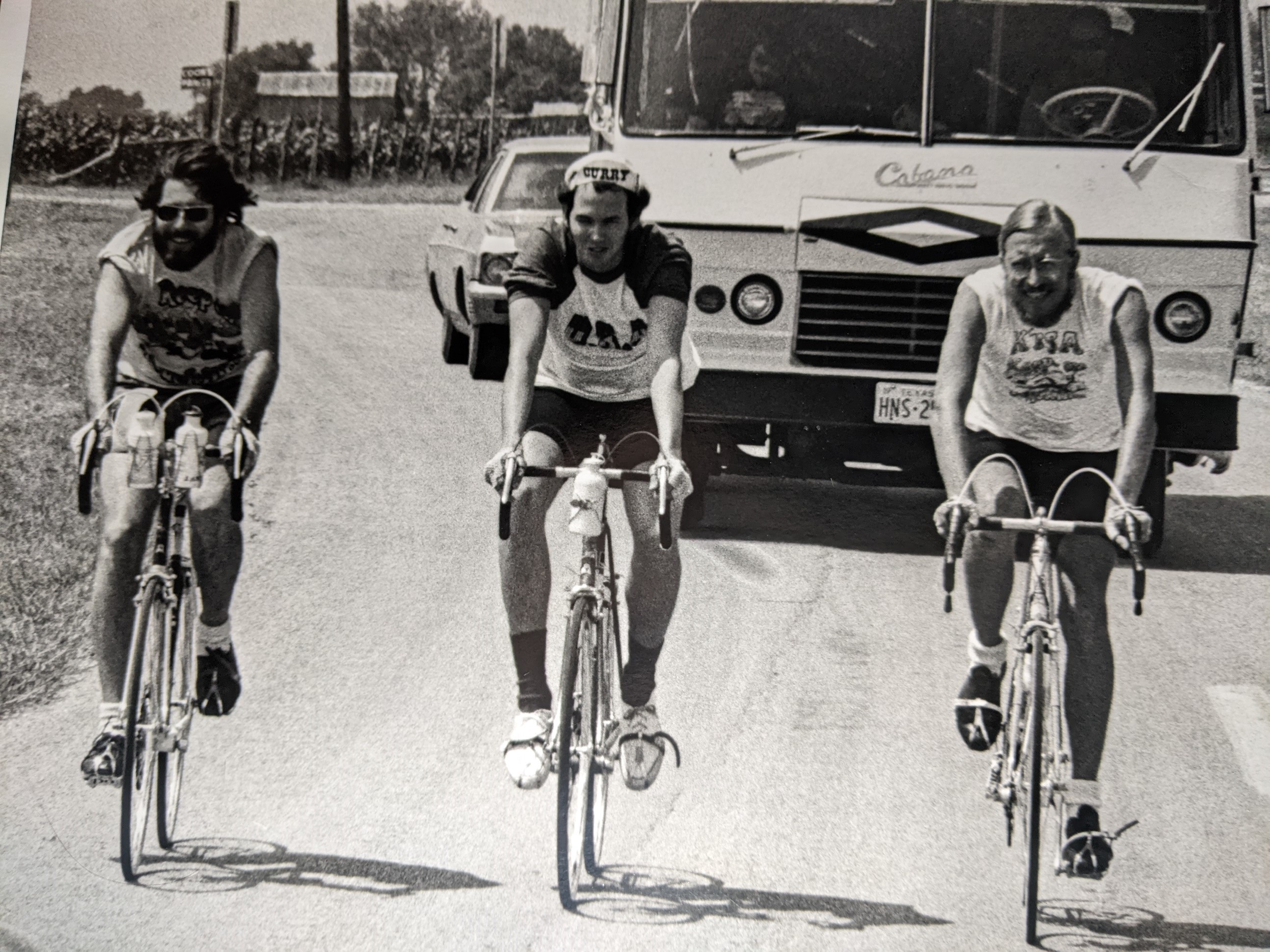 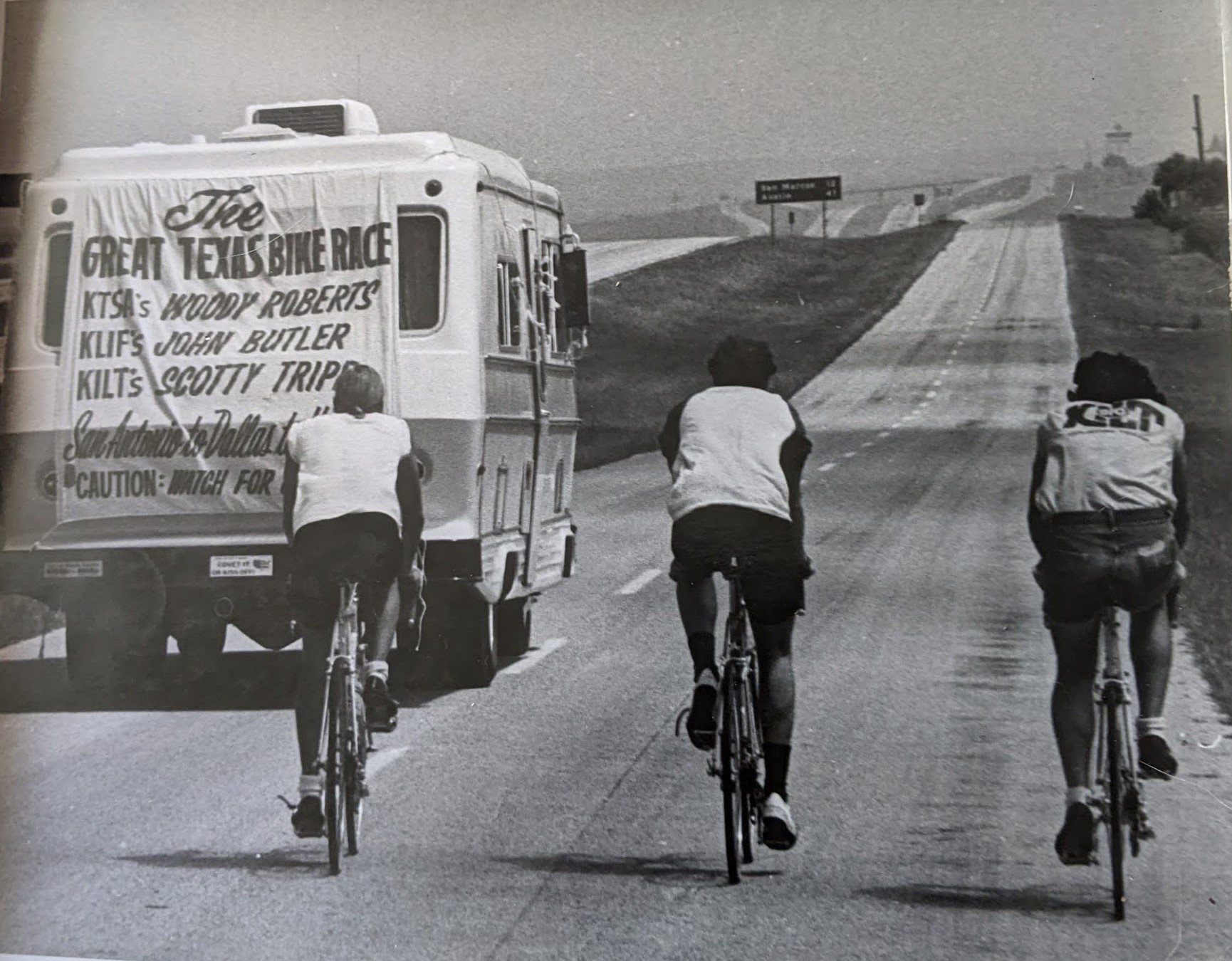 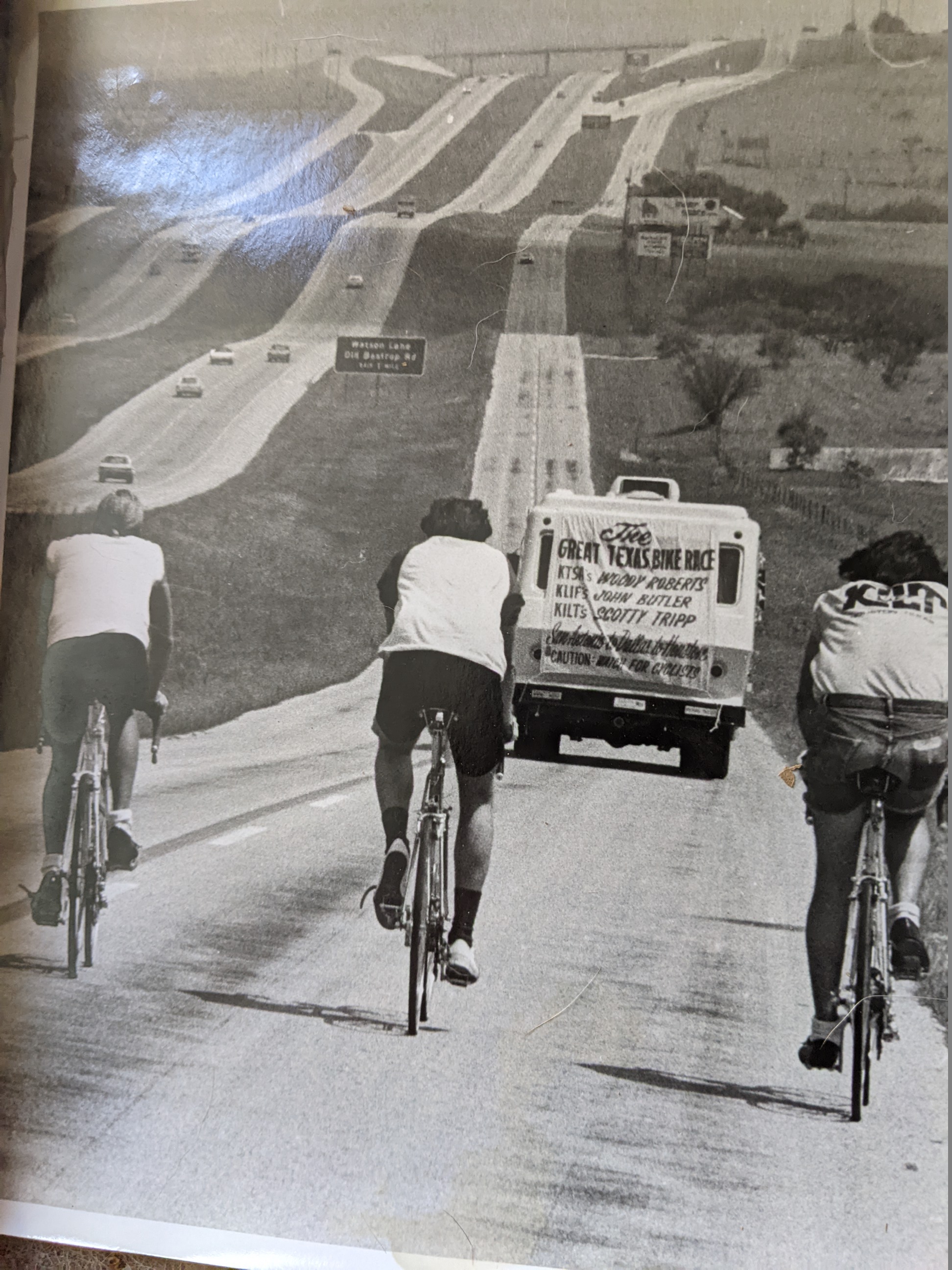 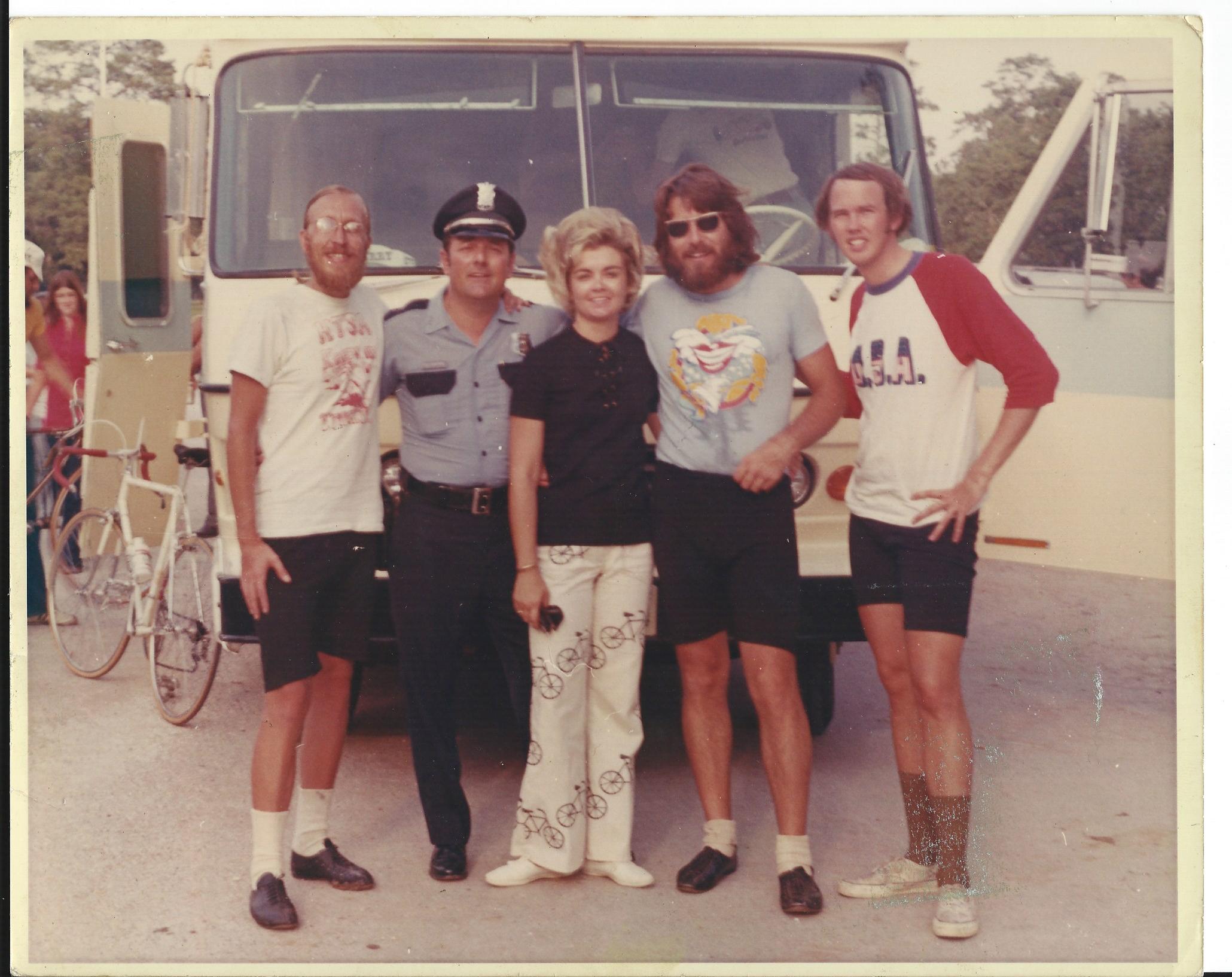 At age 30 I decided to leave my broadcasting career behind. So...I resigned my position as Vice President/General Manager at KTSA/KTFM.

To say goodbye I decided to do one last promotion.

The promotion was an idea thought up by my friend Bill Young at KILT in Houston.

It was to be The Great Texas Bike Race.

There would be three of us participating in the race. I represented KTSA. John Butler would be representing KLIF in Dallas and Scotty Tripp would represent KILT in Houston.

March 1972 found us starting the race in front of the Alamo in San Antonio. We continued north through Austin. Once reaching Dallas we turned south to reach the finish line located in Houston at Hermann Park.

There was police escort and people cheering us along the way.

Plus...There was a van with a bicycle repair man.

It was a promotion I will never forget!