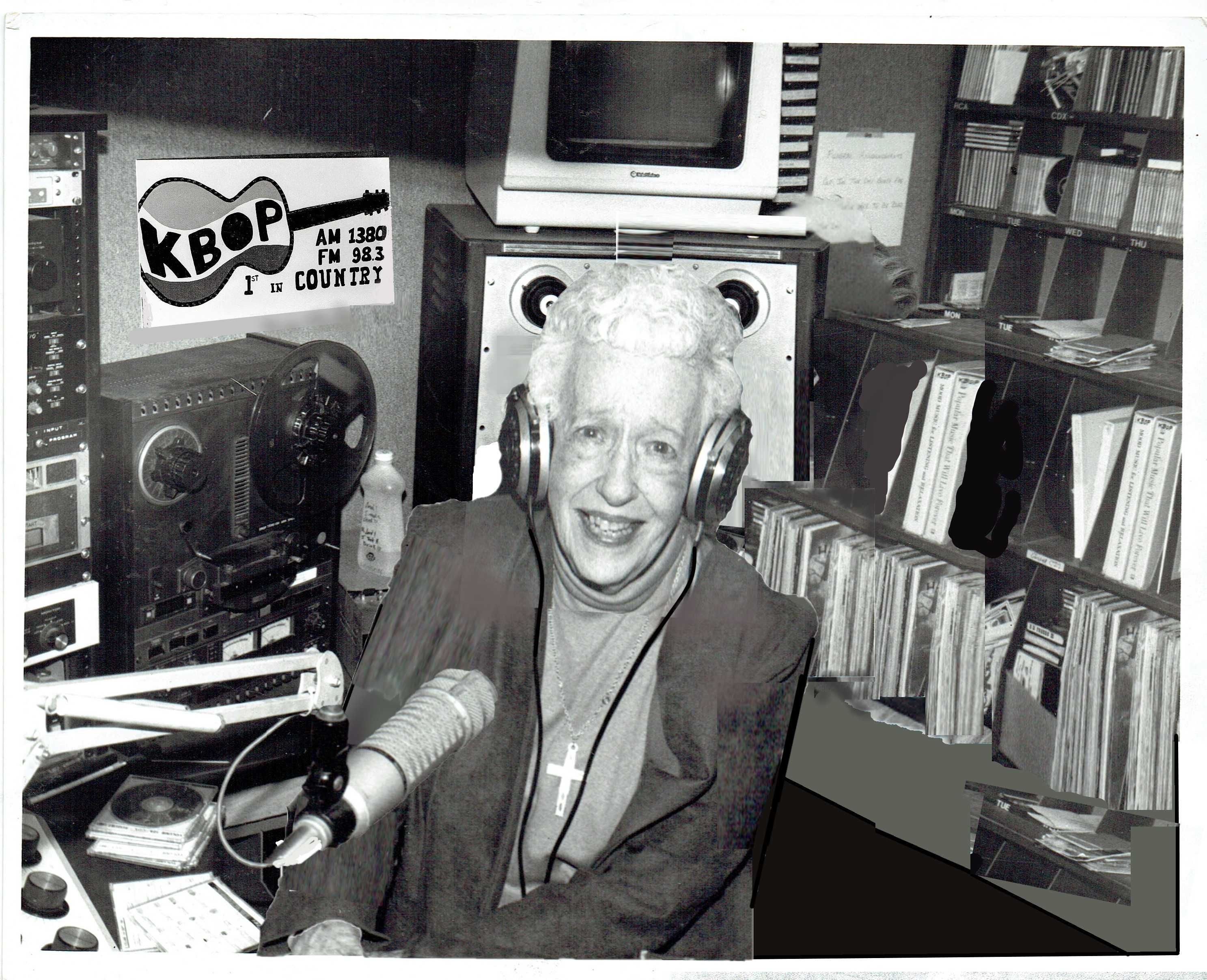 On March 10, 1937, in Dallas, Texas, Mona Parker passed the exam to earn her FCC First Class Radiotelephone Operator License (required to work as a broadcast engineer) - The first woman in the United States to do so.

In 1943, Mona and her husband Ben moved to San Antonio where Mona began working as an engineer at KABC Radio. The station was one of 23 stations in the Texas State Network, a radio group formed in 1938 by Elliott Roosevelt, son of President Franklin D. Roosevelt.

KABC was a small station among its more powerful competitors, but its owners had big ambitions to make it as powerful as 50,000-watt WOAI. So, they purchased the 50,000-watt transmitter and towers of XENT Radio in Nuevo Laredo, disassembled the equipment, and shipped it to San Antonio.

Mona Parker, working side-by-side with the station's other engineers, reassembled the transmitter and configured new signal patterns at the transmitter site 10.5 miles northwest of San Antonio. The FCC approved the upgraded broadcasting plant in May 1946 and KABC signed on at 680 kHz with a daytime power of 50,000 watts and a nighttime power of 10,000 watts.

The lower position on the AM dial, combined with the higher power, enabled KABC to cover 105 of Texas' 254 counties during the day, giving it one of the largest daytime coverage areas in the United States. Eventually the station would become KBAT and later KKYX, still using the transmitter that Mona helped to install in 1946.

After the KABC project, Mona began working on the engineering necessary to put a new station on the air (KCOR) which would become the nation's first full-time Spanish Language radio station.

In 1949, the Parkers began the process to open and operate legendary KBOP Radio in Pleasanton. Where drawing from her experiences in the KABC upgrade and KCOR construction, Mona 'single handedly' built the new station's transmitter.

Editors Note: Mona Parker is commemorated on a State of Texas Historical Marker.