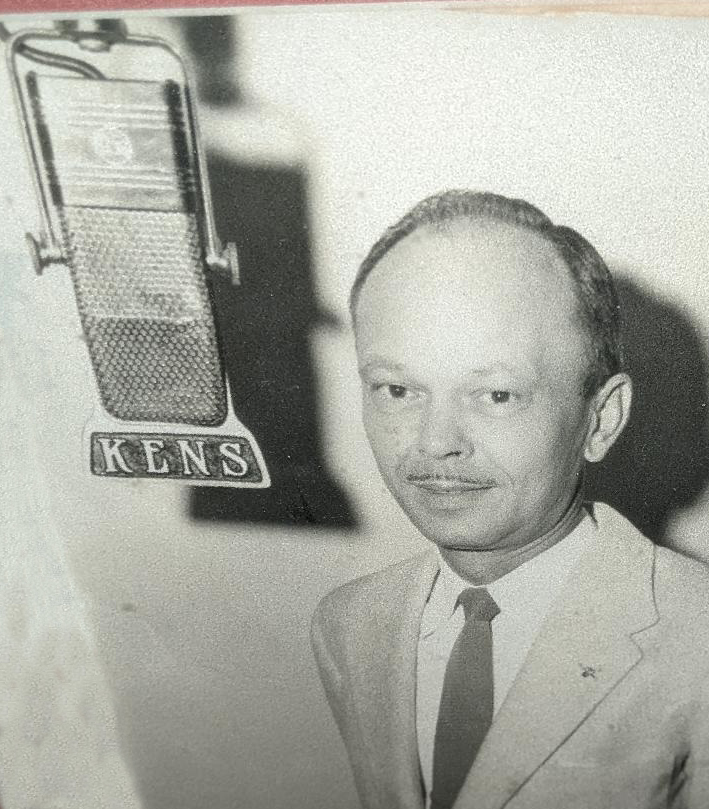 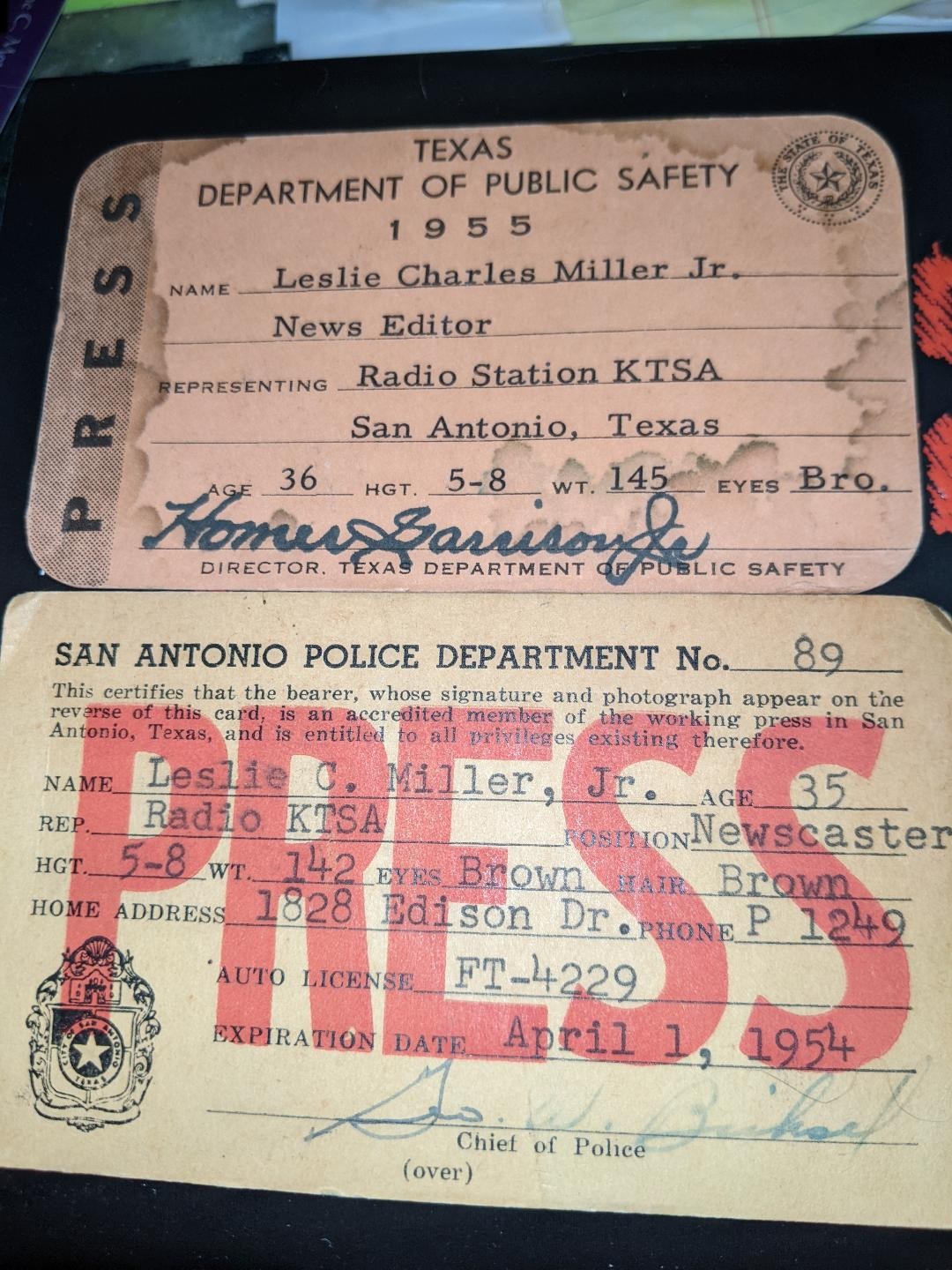 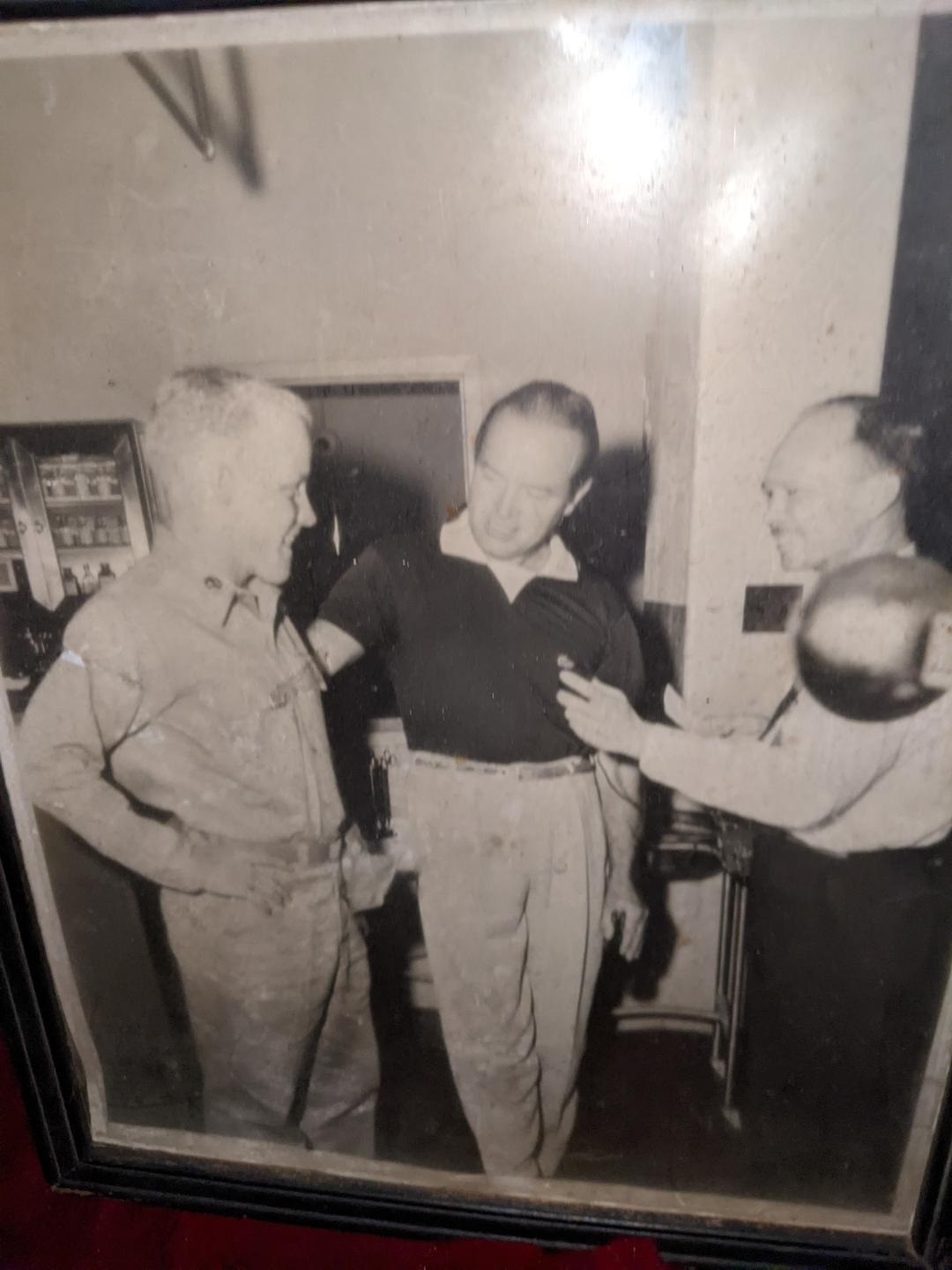 Bing Crosby's son, Bob Hope and Les at the KTSA studios on Broadway

Country singer Charlie Walker was among the DJs when Les worked at KENS.

Les was an evening air personality on WOAI in the late 50's with the tag line "More Music and Les Miller." With 50,000 Watts on WOAI he had listeners all over the country. In fact in Missouri, they had a Les Miller day at Bridal Cave in the Summer of 1960.

Les was well known in the amateur radio community as NK5Q.