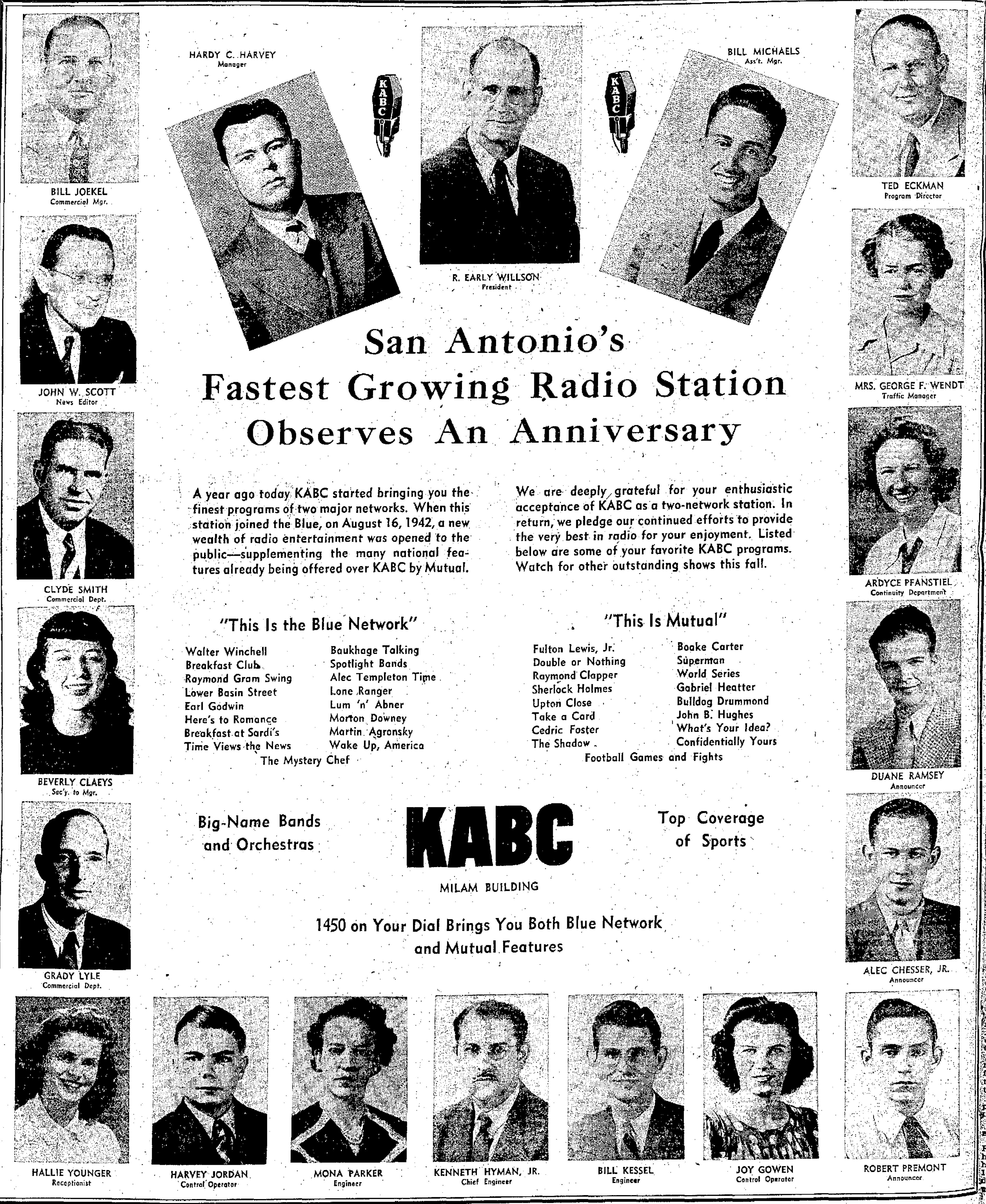 The above ad is from the San Antonio Express, August 16, 1943. It's a nearly full-page ad for KABC radio, celebrating its one-year anniversary as a two-network station, affiliated with the Mutual Broadcasting System and the Blue Network (which later became ABC). The ad includes photos of KABC's 20-member staff, from the announcers to its three-person engineering staff. On the bottom row is a photo of San Antonio Radio Hall of Fame Inductee Mona Parker as one of the three engineers.


At the time KABC (located on 1450 kHz) was one of five San Antonio radio stations. It was one of three low-powered, 250-watt stations (the other two being KMAC and KONO) that struggled to compete with the 5000-watt KTSA (affiliated with CBS) and the 50000-watt, clear-channel WOAI (affiliated with NBC). WOAI and KTSA dominated the market, which may explain the reason for the ad.


If my timeline correct, KABC at this time was owned by the folks who also owned the Texas State Network (and if so, it's curious that they do not mention TSN in the ad). TSN's owners included Sid Richardson, a couple of other oilmen and the family of Elliott Roosevelt (President Franklin D. Roosevelt's son).


At the time, KABC was working to strengthen its signal. It had applied to the FCC to move its dial position slightly to 1440 kHz, which would have allowed it to boost its power to 1,000 watts. This was soon forgotten when the opportunity arose to purchase the Mexican border blaster station XENT Radio in Nuevo Laredo and repurpose its transmitter and antennas (with Mona Parker's great help) into a 50,000-watt daytime signal on 680 kHz, creating what has been called the largest daytime radio signal in the United States (and broadcasting today as KKYX).


Editors Note: John Williams is currently writing a book about Radio Broadcasting in Texas which will include a prominent section on San Antonio Radio.