When the Big San Antonio Blackout happened in 1977, I was a young cub reporter at KKYX. It wasn't my weekend to work at the station, so on that October night, I remember relaxing at home watching TV. It was about dusk on that Sunday evening. Suddenly the lights dimmed and the TV picture went to snow.  The lights eerily flickered then dimmed for a few seconds and finally went out for good. I figured some drunk had knocked down a power pole in the neighborhood but after about 10 minutes in the dark, my curiosity got the best of me. I didn't live very far from KKYX, so I decided that's were I would go.  Certainly the on-air people would know what was going on. Since I was a newlywed, my wife didn't want to be left behind in the dark so she came along.

Darkness was really starting to set in. There was absolutely no power in our neighborhood as I slowly drove toward the station on . The street lights, traffic lights, in fact, all lights were totally out. So you can imagine my surprise when I arrived at the station to see it all lit up like the 4th of July. In a sea of total darkness, KKYX was an oasis of light.

At the station I learned that our chief engineer Ed Hotwire Pryor had been working on the backup power generator when the power had failed so KKYX had only been off the air for a few seconds. It made me thankful that it was part of the regular weekly maintenance night routine to fire up and test under load the old creepy generator that was housed in a separate building behind the station.

Under the mistaken belief that the power company was somehow playing favorites, a number of nearby residents called us to complain that it was unfair that KKYX should have power when they did not.

Bill Rohde, Pat Tallman, and others filtered into the studio but nobody knew for sure what was going on, so I decided to go downtown to see if I could find some answers. I left my wife at the station to help answer phone calls. She would later tell me that she had fielded a call from ABC News requesting an update on our situation. How the news got so quickly to I'll never know.

Making my way downtown was no easy task…Especially when all the traffic lights are totally out and…I was running low on gas. I had intended to fuel up on my way to work on Monday, but for the time being I was running on fumes. With the power out, the gas pumps didn’t function, so there was no way to fill up. Since I was convinced that I would run out of gas if I took 410, I decided to drive directly toward downtown .  It was a slow, time consuming, arduous drive.

I found neighborhood after neighborhood in total darkness. At some intersections, some brave souls attempted to help by directing traffic. I wasn't even sure I would make it, but after what seemed like an eternity, I finally made it to City Public Service (CPS) headquarters. There, a picture of the situation and magnitude of the problem was slowly emerged.

In later weeks an investigation would determine that on that evening, in a rural part of , a short circuit had occurred along a high voltage power line. Normally, large electrical circuit breakers would trip in order to prevent any damage but in this case, the breakers had been manually set to the off position, meaning, that they would not trip or protect the circuit. The electrical demand on that Sunday night was so low that the city's entire power needs were being met by just 2 or 3 large generators south of the city by . But sensing that there was overload, the generators did exactly what they were designed to do in such a situation. They powered down to protect themselves.

That was the official explanation given to the news media in the following weeks concerning the initial cause of the blackout, but on that dark October evening, all we knew for sure was that the power was out. What we also learned that evening at CPS headquarters was that the battery backup power equipment for the diagnostic computers had been removed for maintenance. Thus, without the computers, CPS workers were unable to troubleshoot, isolate and fix the problem. In today's terms we would call that the 'perfect storm.'

While we were waiting for the computers to get fixed, City Councilman Henry Cisneros happened to walk into the CPS Headquarters. I quickly snagged him for an on air interview. Among other questions, I reminded him that just one week earlier he had publicly touted the city's emerging role as a manufacturing center precisely due to its stable and dependable electrical supply. I asked him if the blackout situation would change that message. Frankly, I don't recall exactly how Henry answered that question, but I do recall his reply was graceful and thoughtful.

Within a few hours, the computers finally came back on-line and CPS could now open the electrical gates in an orderly fashion. So I decided to head back the station.

On my drive back to the station I could easily see large checkerboard parts of the city light up as electrical power was switched back on and life returned to normal. 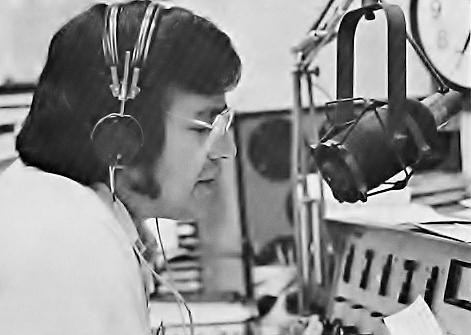 I was relieved that the blackout was finally over and another chapter in the city's history was written.  But as for me I was just happy I could finally get some gas so I could get back to the station and then finally return home.