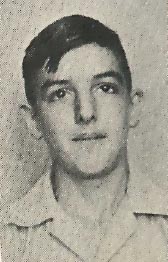 I knew Charly from when he hosted his KKYX radio show, Outdoor Texas. It was a popular feature about all things hunting, fishing and everything in between. From his show it was obvious that he enjoying discussing and teaching about the great outdoors.

However, the first time I heard him on the air, I was somewhat taken aback. You see, to hear Charly's twang, you would think that he had come fresh off the farm. And if you closed your eyes, you might imagine a man wearing bib overalls standing next to a tractor. I once asked someone why on earth would any radio station hire someone with such a heavy drawl? I was politely corrected and informed that it was precisely because of his voice that he was hired.

But Charly was anything but a bumpkin. Yes, he spoke with that heavy twang, but in person he was gracious, articulate, funny and well educated. To properly address him in polite company, you would probably have to call him Dr. McTee. But Charly, being the person he was, would have no part of that. To his colleagues and listeners, he was a just Charly.

A few years after his death, the Texas Chapter of The Wildlife Society created a scholarship in his honor. In establishing this honor they wrote, 'Charly McTee was a giant of a man and spent his life spreading the story of responsible stewardship and outdoor recreation to Texans-both young and old.' They added, 'The Charly McTee Scholarship is funded annually by the Texas Wildlife Association in memory of Charly – The man whose generosity, wit, intellect, and love for the outdoors was legendary.' I could not agree more!