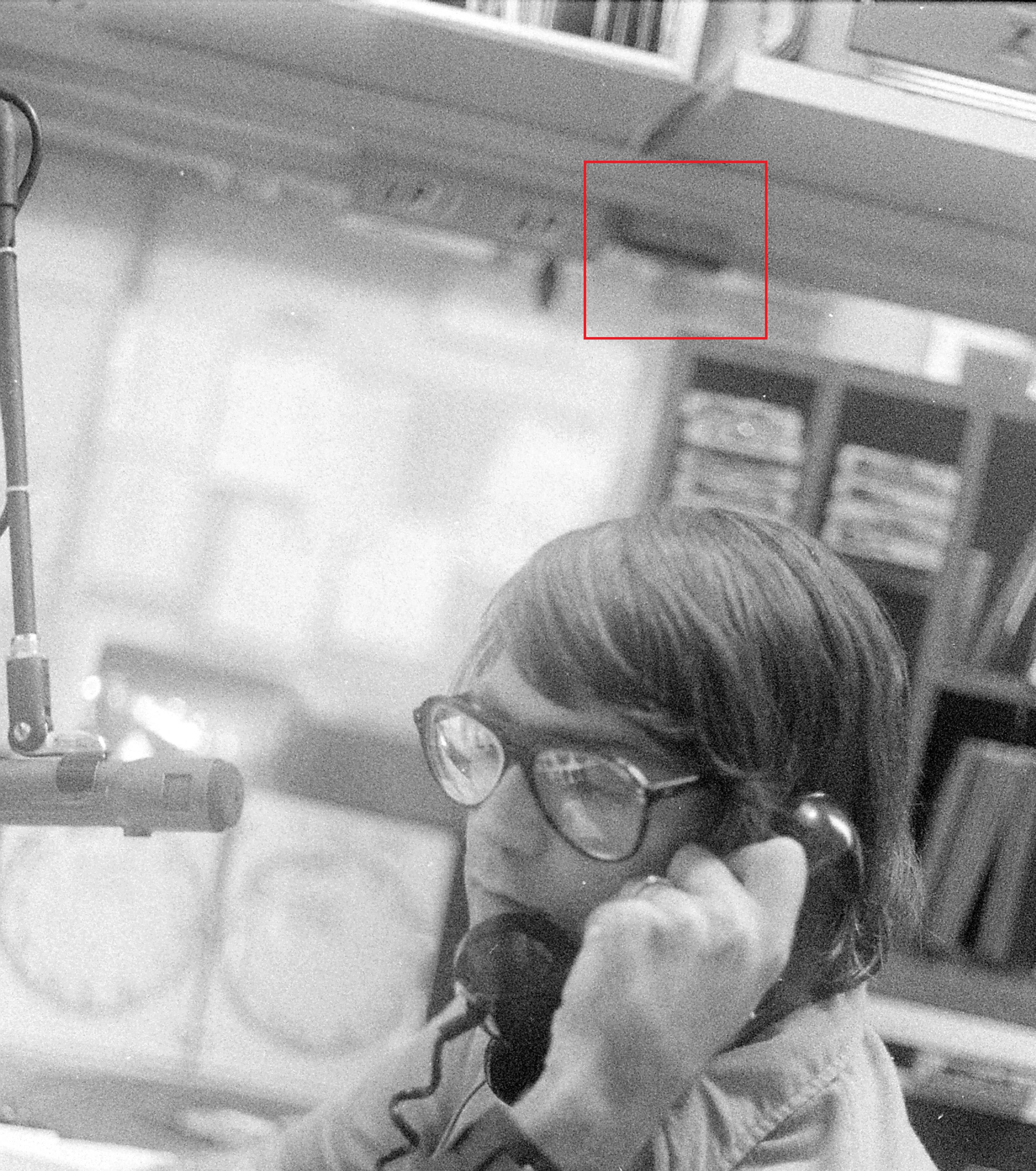 
After hours, pushing the doorbell button by the KONO/KITY Front Door caused a light to illuminate at the top of the window (see red box in above photo) between the KONO Control Room and the Newsroom.

There was a second issue. If someone pushed the doorbell button long enough to see it, you had to find a record long enough to allow getting to the door to see what was happening and then get back to the Control Room before the record ran out.

The third problem was that you had to assure that the building key was on your person because there was a self-locking door between the programming portion of the building and the Front Door. Actually it was necessary to pass through three doors in the programming wing BEFORE reaching the front door.

Additionally, since there was no intercom and the length of time it took to get to the front door, there was a very good chance that by the time you got to the front door no one would be there because they got tired of waiting and left. It was not unusual to see a vehicle driving away out of the parking lot just as you reached the front door.

Over time I was surprised how many singers, musical groups and performers dropped by to visit and waited long enough for me to greet them at the front door. Waiting meant that they got to promote their latest endeavor on the air.

One night The Royal Jesters dropped by to promote their current record: Back To You. I especially remember them talking about all the problems they had encountered getting the song recorded and mastered.

A young lady, who worked in a local bar, would drop by somewhat regularly and hand me a bottle of Big Red with the greeting "I want you to have this because I really enjoy listening to you on my way home from work." After the third or fourth time she dropped by I inquired her name. She said "Ginger."

Rod Tanner Comment: So that's where the door bell was!