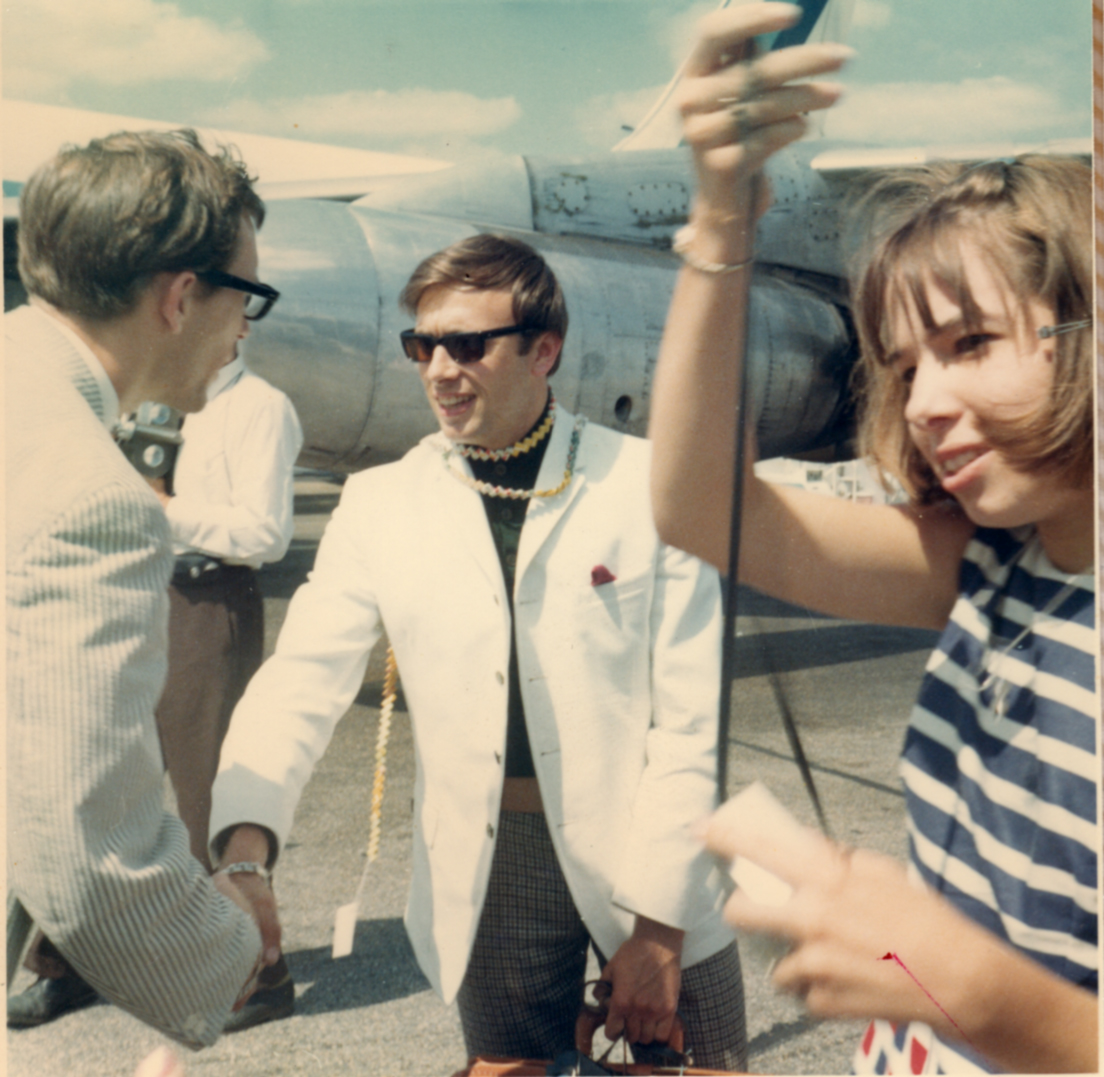 When I arrived in the US in April 1965 the British Invasion was just starting in earnest. Woody Roberts, Program Director at KONO, made a deal with my agent for me to come to KONO.

I decided I wanted to explore the country, so I drove from Florida across the South in a Rambler station wagon. After a very interesting trip I arrived in San Antonio ready for my start at KONO.

Having an English DJ in San Antonio at that time was a huge boost in the 6 to 9 pm ratings for KONO. The gig was considered a big success.

Because I had some business that I needed to take care of in the UK I left KONO in September to a “royal” send off…Thanks to Woody.

After I finished my needed business in the UK, I landed a job at one of the pirate radio ships: Radio London. But…I was not enjoying it!

There was a thunderous welcome for me when I arrived at the San Antonio Airport with hundreds of teenagers and a live band. That promotion kicked off another great summer for me in San Antonio. Not only were the ratings great, but I got to experience San Antonio hospitality at numerous events. 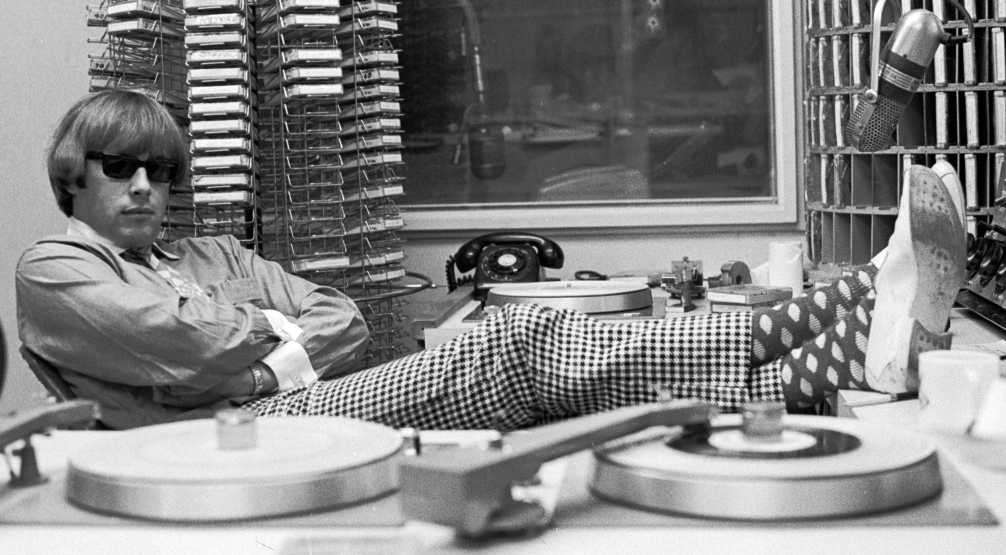 Near the end of the summer I was offered a deal that I could not turn down. I moved to CKLG in Vancouver BC Canada where I stayed for four years. 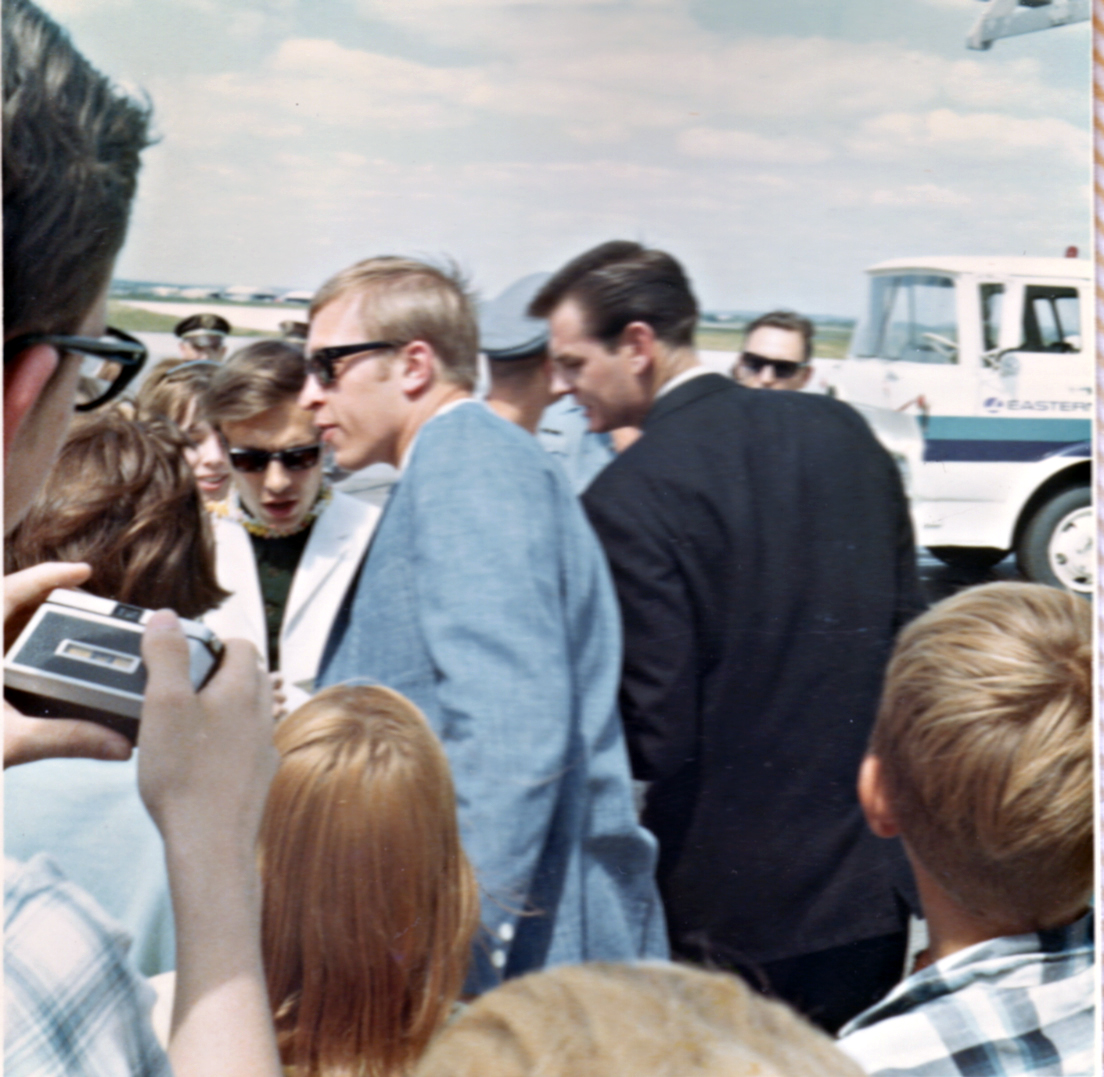 
With all the excitement in 1965 and 1966 over the British Invasion and The Beatles, Peter was indeed a star in the Alamo City.

Editors Note: After CKLG, Peter went to Hollywood and not only became a record producer but also a motorcycle stunt rider.